Originally from Henderson, Texas, a city of about 12,000 people approximately 120 miles east of Dallas, Fields moved to Indianapolis in February of 1973. For many years, he yearned for a taste of his home. Ten Years ago, Hank threw in the towel, and decided to bring that taste of Texas to Indy. In 2004, He proudly open Hank's Smoked Brisket. "Texas BBQ done right, by a Native Texan." He constructed the building himself and it also houses a barber shop and beauty salon.

Hank's carry out restaurant delivers a variety of smoked perfection from brisket, to corn beef, to chicken. "I more than likely perfected it now, but it still gets better," he said of his brisket, which is smoked 8 to 12 hours over mesquite wood. Determine to keep his BBQ authentic, Hank travels to Texas to purchase his mesquite wood twice a year! During the year - end holidays, Fields, also smokes and sells turkey's and rib-eye steaks, which he said, "probably are better than the brisket!" So, if you are traveling across country or just in the neighborhood, come in and taste for yourself, we look forward to serving you! 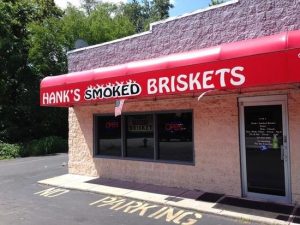 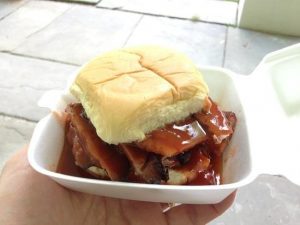 An ambient tropical space featuring fun cocktails and soul fusion food with influences from Cuban, Southeast, southern and the Caribbean.

The Block Bistro and Grill

The Block Bistro and Grill is the newest concept by local restauranteur Terry Anthony. This exciting new spot…